A Quick History of Residential Wiring in the United States 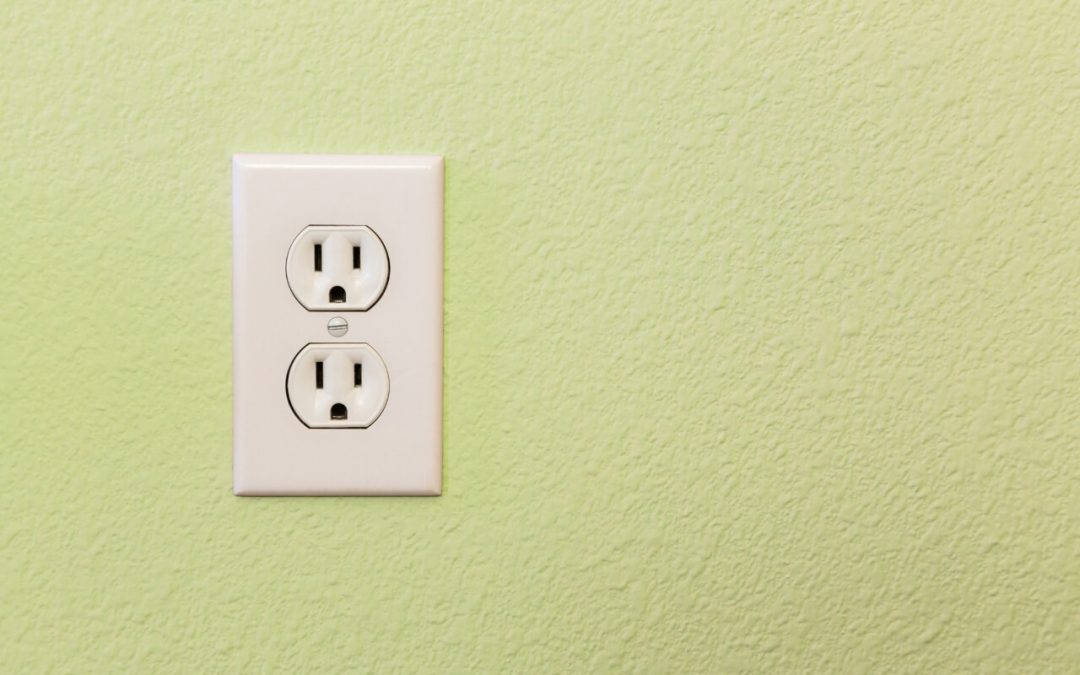 Knob and tube, flexible armored cable and many varieties of romex are the three types of wiring found in older homes. Knowing the age of the house can help determine which type of wiring to expect. Here are the time frames for when different types of wiring was used in the United States:

Knob and Tube Wiring: Knob and tube wiring gets its name from the porcelain knobs and tubes used for securing the wires and these porcelain pieces also create protection where wires would otherwise be in contact with wood. In about 1890 knob and tube wiring was introduced as the first widely distributed residential wiring and it was still in use until the 1930’s. However, it was being phased out and replaced with armored cable (BX) by about 1920. So, if you see knob and tube wiring you know the house is at least 100 years old. 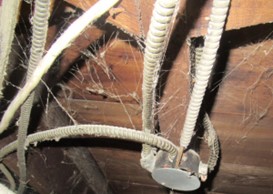 Flexible armored cable: Commonly called BX cable, became widely used starting around 1920 before being largely replaced by romex in the 1930’s, but this wiring is still installed today. The BX name came about due to the AX and BX versions being tested (X for experimental) prior to release by the manufacture. The early versions counted on the cable providing a possible ground source for equipment and later versions have a ground wire in the cable along with the hot and neutral wires. 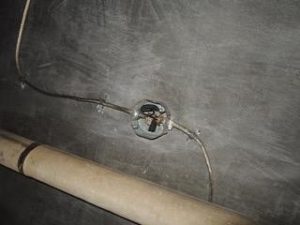 Romex: Officially this wiring is called non-metallic sheathed cable or NM cable for short. General Cable, located in Rome, New York marketed the product as Romex and the name has stuck, much to the chagrin of other manufactures. First listed in the National Electric Code book in 1926, this wiring came to dominate by the early 1930’s. The earliest versions of NM cable had the conductors wrapped in cotton braid impregnated with varnish or tar based material for moisture protection. This product still dominates today but now has a PVC based outer jacket.

Other quick facts: The 1962 National Electric Code required grounding of all electrical outlets, with most Building Departments in our area adopting this requirement in 1963. So, if a house has 2 slot outlets, you know it was built prior to 1963. Also, copper was the only conductor used with Knob and Tube and BX cable in 110 circuits and NM cable only had a very short and unsuccessful trial with using aluminum conductors in 110 circuits (110 circuits are used for wall outlets and lighting.)